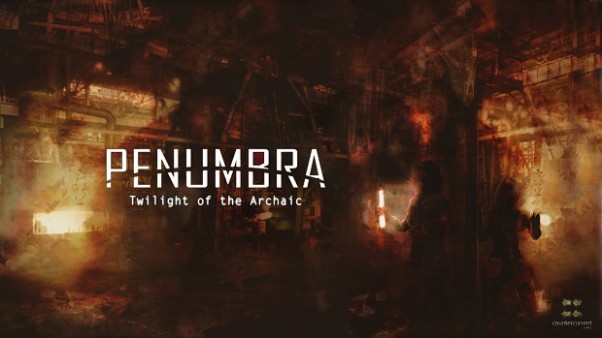 Stop a horrific disease and elude its murderous victims.

Penumbra: Necrologue is a decent horror game, but like many decent horror games, its narrative leaves a lot to be desired. The tale of Philip, the reluctant scientist who braves a monster-infested laboratory to find his father, ends on a pretty satisfactory note, but that did little to solve Necrologue‘s other plot holes. An entire group of characters mentioned throughout Necrologue, only for the game to end before their parts were played. It would seem that this was deliberate on the part of Necrologue‘s developer, CounterCurrent Games, because Penumbra: Twilight of the Archaic is here to wrap all of those up.

The Penumbra games are a series of survival horror titles from Frictional Games, a studio know for such horror greats as Amnesia: The Dark Descent and SOMA, the scariest game made since Outlast. The Penumbra series is set in modern times and follows Philip, a young British scientist, who searches for his father in northern Greenland. Throughout the series’s three games, Philip braves environments full of monsters and can only run and hide when faced with one. The games rely on puzzles and stealth gameplay, as well as an undeniably spooky atmosphere.

The third and final game in the series, Penumbra: Requiem, ended the series on a low note, with a weak, surreal story and the monsters taken out in place of mediocre physics puzzles. Penumbra: Necrologue is a standalone game made by fans of the original series to give Penumbra a proper ending, an effort that it largely succeeds in. Twilight of the Archaic is a piece of downloadable content for Necrologue that serves as a prequel to the entire series. It seeks to depict the events that drew Philip to Greenland in the first place, and the genesis of the horrific monsters encountered throughout the series.

Penumbra: Twilight of the Archaic is a DLC for Penumbra: Necrologue that adds a new, 4-5 hour campaign to the game. It’s free, and was automatically added to every copy of Necrologue in November, which is awesome. Free games may not always be good, but they’re always cheap.

The bulk of Twilight of the Archaic takes place before and during the entire Penumbra series. It’s the first Penumbra game to not feature Philip as its protagonist, instead focusing on a pair of female leads. Dr. Eleanor Loreid, a young scientist suffering from exhaustive nightmares, and Dr. Amabel Swanson, a cheerful researcher who will go on to appear in Penumbra: Black Plague as a major supporting character. Twilight of the Archaic‘s narrative is divided roughly in half between the two, and starts things off with Eleanor waking up screaming from her sleep.

Anyone who works in a place this depressing would probably scream from time to time.

Eleanor and Amabel didn’t come to uninhabited northern Greenland just to hang out with walruses. They’re actually scientists in a secret facility, operated by a clandestine organization called the Archaic Elevated Caste. There are hints and clues as to the Caste’s inner workings in the main Penumbra games, but this is the first time players see the organization in-depth.

The Caste’s mission is to collect and preserve ancient knowledge, and the laboratory they’ve set up in Greenland is devoted to exactly that, as the scientists study a prehistoric ruin located deep underground. When they unseal the ruin, a strange disease sickens almost everyone in the facility. Twilight of the Archaic beings as Eleanor races to find a cure for her sick coworkers.

Tainted walrus meat may have been the root cause of the malady.

Eleanor is a skilled scientist, but her efforts to cure the plague are ground to nothing as her coworkers are mutated into horrific, bloodthirsty monsters. To witness the genesis of the creatures in the Penumbra games is quite a shock, and Eleanor quickly flees the diseased tide lest she become a monster herself.

With the facility thrown into chaos and mutants running around killing everyone, Eleanor decides to make her escape. She has no weapons to strike back against the monsters and can only run and hide from any that happen upon her. Twilight of the Archaic is classic Penumbra, with a mix of intense, monster-avoiding stealth sequences and lots of puzzles.

Because Twilight of the Archaic assumes that players have already endured Necrologue, the game has a pretty brutal learning curve. Eleanor is thrown into the hairiest of monster encounters pretty much from the get-go. Twilight of the Archaic‘s monsters are more intelligent than those of Necrologue, particularly the Hunter, a ceiling-crawling human mutant that can see perfectly well in the dark.

As for Eleanor, there’s not a whole lot to say. Her background is left pretty much unexplained and she’s a silent protagonist, aside from the occasional grunt or scream. Her thread in this narrative is a short, noisy and terrifying romp through the base. Though most monsters are happy enough to just wander the corridors, Eleanor realizes that she’s being stalked by a particularly savage beast. Imagine a combination of Chris Walker from Outlast, and the Hunter from Dead Space.

Eleanor’s segment of Twilight of the Archaic is one of the most exhilarating horror sequences in gaming. It has a few puzzles, and a few random encounters, but being pursued by that grotesque thing for nearly two hours makes for an emotionally exhausting experience. Creepier than its sudden smashes through walls or tremendous height is its attempts to coax Eleanor out over the radio. It only gets worse the further the scientist goes in. Though Eleanor herself undergoes little character development and the subplot remains vague, this is one of the tensest horror scenes in recent gaming memory.

The second half of Twilight of the Archaic picks up many hours later and focuses on Amabel Swanson, another researcher on the other side of the base from Eleanor. Amabel initially fortifies herself in a laboratory, but is forced to flee when a sadly familiar-looking creature bursts in, trying to kill her. She packs her things and sets out across the base’s frozen surface, like Eleanor, bereft of any weapons and only the goal of escape. 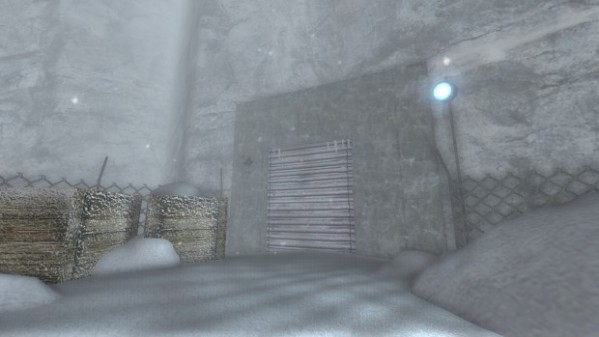 Oh, finally, someone turned on a light!

Amabel may not have a zombified sumo wrestler with a sword for a tongue chasing after her, but she has problems nonetheless. By now, the base has been totally overrun by the monsters, and her only hope of escape is to run to the hangar and pray that a helicopter is still there. She’s done what she can to help Philip; now it’s time to help herself and stay ahead of the creatures roaming the halls.

Whereas Eleanor’s segment of Twilight of the Archaic is fast and tight, Amabel’s starts off pretty slow. The monster encounters are few and far between, and most of her time is spent fixing machinery and fashioning an exit through the labs to get to the chopper. It’s a natural decrescendo after the scary heights of Eleanor’s story, but some of the puzzles, like a ridiculous conveyor belt conundrum, drag the pacing down too much.

Breaking rocks for hours. Is this a horror game, or a North Korea simulator?

Now, to be fair, this puzzle is not as tedious as the infamous computer chip puzzle from Penumbra: Black Plague, but a lot of the puzzles in Twilight of the Archaic are not that great. When their rules are not obtuse and make the puzzle take too long, the solution is often too obscure. One puzzle toward the beginning of Eleanor’s story took forever not because it was complicated, but because the key needed to proceed was hidden behind one of a dozen identical-looking panels. Panels that the game had made no indication could be smashed open.

Additionally, one major problem the game offers is that collectible items stay in the inventory even if the characters die and the game re-loads. It’s a curious anachronism. If Amabel adds an item to her inventory, it magically stays there even if she’s killed and the player loads a checkpoint preceding the discovery of said item. Most players would logically assume they’d have to go back and grab the item again, only to find it missing and get killed by the monster, leading to a huge waste of time and effort. It’s Twilight of the Archaic‘s only major problem, but it’s a doozy. Check the inventory frequently.

There’s a monster in this picture.

Despite pulling back the speed of Twilight of the Archaic and getting bogged down in some truly boring puzzles, Amabel’s story is not without its heights and freights. Players finally learn the true fates of a few characters from Necrologue, including the search-and-rescue team that Philip tries to reach. Amabel herself is forced to reflect on all of the events that this entire series has thrust upon her, in powerful hallucinations if not in spoken dialogue.

Toward the end of the game, Amabel encounters an old foe from the original Penumbra games, a terrifying creature that’s finally been given his physical debut as a monster. More terrifying even than Eleanor’s encounters with her stalker, this creature is calculating, intelligent and has a terrible sense of humor. The segment is well-done because it accents a survival horror chase with some pretty gruesome torture and interrogation. It’s a successful implementation of psychological horror, then survival horror, all aimed at making the monster so scary that players will jump when they so much as hear his footsteps. It’s arguably the scariest sequence in the entire Penumbra series.

Twilight of the Archaic goes to some pretty dark places. Uh, no pun intended.

All in all, Penumbra: Twilight of the Archaic is an excellent horror game. All but one of its environments was built from scratch, the level design is fiendishly good, and the constant pursuit by monsters makes it feel claustrophobic and dreadful. Some of the puzzles are a bit long and a bit obtuse. Some of the environments are way too dark, as demonstrated by these screenshots.But Twilight of the Archaic does well at tying up what Necrologue left behind. It’s both a fitting accent to the series as a whole, and a heart-pouding, visceral survival horror game on its own.

Penumbra: Twilight of the Archaic is now part of Penumbra: Necrologue, which is itself already free, so there’s no reason for horror fans to stave off grabbing it. Players would do well to play the original Penumbra games and the main Necrologue campaign, but those games are great experiences in and of themselves. Twilight of the Archaic ties it all together like a neat, gory little bow.

You can buy Penumbra: Twilight of the Archaic here.