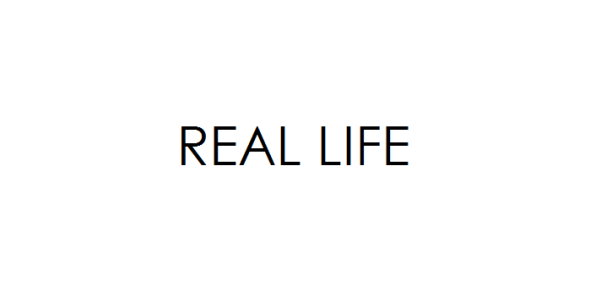 I’m throwing in the towel on game reviews.

This is a difficult post for me to write. As many of you know, I’ve been reviewing video games for over four years now. It’s hard to believe. But with the onset of several new developments and a general desire for change, I’ve decided that I’m going to stop reviewing video games for the foreseeable future. Instead, I’m going to start reviewing and discussing things that happen to me in my daily life, and Art as Games is going to become the page for those observations. To get things started, I decided to take a look at my waking, everyday life as if it were a video game. So sit back, relax, and let’s take a glimpse at what’s happening out in the real world.

Real Life is set in modern-day Salt Lake City, Utah, and follows the exploits of, well, me. I’m best known in my local neighborhood for drinking beer, writing creatively, playing video games, and drinking beer. Originally I’m from a small rural community up north, but I’ve been drinking and gaming in Salt Lake for the past few years. I try to make visits up north, but you need a piece of cheese and a farming implement in order to gain entry into Cache Valley, which makes things annoying.

My skills and abilities? Geez, I dunno, um… amazing liver? Decent aptitude with the words? Oooh! An unparalleled ability to give people a “really?” face. I wielded a gun once and probably did a better job nearly shooting at myself than hitting targets, and I regularly get my ass kicked in sword fights with my toddler godsons. Sooo… I guess that the cynical writer with the drinking problem is who our protagonist is going to have to be. 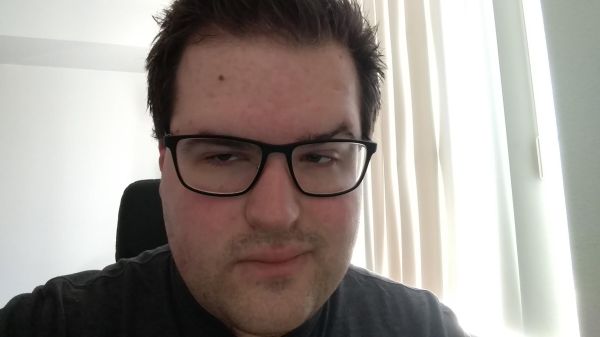 Geeeeezus, this alcoholic nerd is seriously the protagonist of the story?

The plot of my life is set in and around Salt Lake City, with a few forays into Provo and Logan but not much more than that (I don’t like to budge from my game and beer-filled roost). After coming to Salt Lake, surviving college, and starting up Art as Games, I worked a variety of odd jobs ranging from advertising planner to editorial assistant to part-time taco chef. At these jobs I became known not only for drinking a lot and writing a lot, but also being a single man who owns a cat, which apparently means that I’ve given up on both love and life. But I don’t care about society. My cat’s a chill dude.

Everything changed in the summer of 2016, when I met up with a gaggle of kooky characters who called themselves “GeekFactor.” Everything about them seemed a bit off; there was the overenthusiastic, Five Nights at Freddy’s-hating CEO, the Editor in Chief with the really unhealthy Harry Potter obsession, and most of all, the curly-haired maniac who understands audio equipment much more than I understand his acceptance of No Man’s Sky. They took me prisoner and forced me to write content for their website, an arrangement that continues to this day. Please help me. 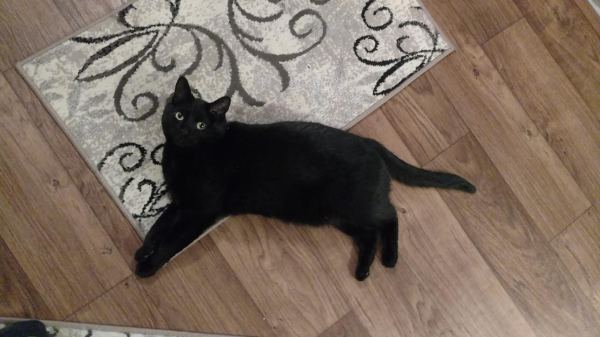 Not only is the nerd our only protagonist, this little cat is his only squadmate.

So, how does the gameplay of Real Life stack up to the titans of the modern gaming world? Movement is pretty simple, I can walk around (running is another story) and use a car to drive to points on the map that are further away. Unfortunately, the cars in Real Life require gasoline, which is a level of detail too far. The game also seems to be stuck in permanent survival mode, as I have to eat and drink regularly in order to maintain my HP. Worse still, I can’t just eat endless quantities of food without consequences; eating 20 sweetrolls makes me gain weight! Too much realism, devs. Too much realism.

There are a few perks to this game’s gameplay though. For a start, I live in a pretty beautiful area. The graphics outside look spectacular, even on snowy days. Salt Lake has its drawbacks, but it’s a small, gleaming city set against spectacular mountains, and there’s a fair amount to do (besides drinking). The lighting setup is pretty good when the pollution isn’t out in force, and the atmosphere is usually pretty light and friendly. This isn’t a horror game, but that’s probably for the best. It’s nice to get out and walk around from place to place. 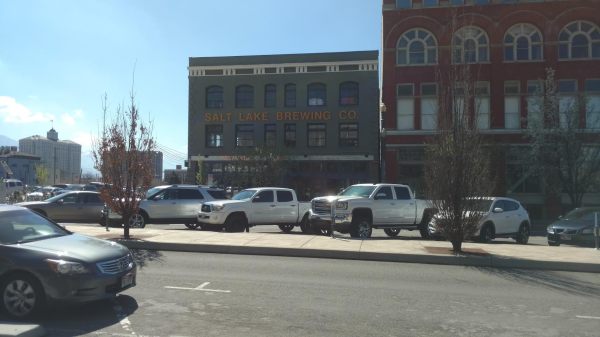 Hey, look! A tavern! Wonder if there are any side quests or bounties in there…

I give the GeekFactor staff a lot of grief, but to be honest, they’re a decent group of NPCs. So are most people I encounter in my waking life; my friends have undergone believable character development arcs. Coworkers are generally pretty good too, though the developer made their conversation options a bit too limited. Sometimes that’s okay, like when I’m just getting into the office and haven’t had coffee yet. Of course, everyone encounters NPCs who aren’t so great, but there seems to be a believable balance of allies and antagonists in this world. Things are generally peaceful, there are no pandemics or great wars (at least at the moment) like in other games, so that’s good.

Real Life is set in a world-sized open world. I usually keep to myself in my player house in Salt Lake City, but occasionally I’ll scrounge up enough rupees to travel elsewhere. The one major drawback with this system is that traveling is outrageously expensive, and money is hard to come by. You can’t just pull gold coins out of barrels or rupees from cut grass (if that were true I would’ve made millions as a lawnmower and retired at age 16). Nope, characters actually have to spend their days toiling for cash to go do fun things. The key to beating this system is finding a job that’s fun to do. For me that’s definitely anything having to do with writing. 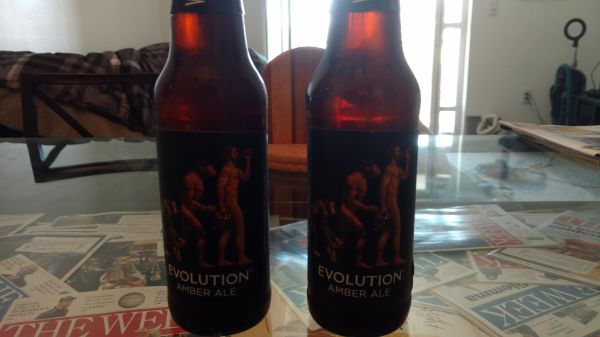 NO WAY! The health potions in this game make you evolve?!

But you can’t just stay at a day job and refrain from spending money all the time. Fiscal responsibility counts for a lot in Real Life, but eventually, some questing is called for. Quests come in many forms that go beyond doing the same job day in and day out: maybe travel somewhere you’ve never been, try a restaurant for the first time, etc. In my case, I decided that since games are what I know best, I’d venture into a locale teeming with danger to seek my fortune and beat back monsters.

After wandering around Salt Lake for a while, I found what seemed to be a great location to do battle: the Salt Palace Convention Center. Yeah, yeah, it’s called a convention center, but it has Salt Palace in the name, which sounds like a dungeon you’d see in The Legend of Zelda. With fist drawn and coffee at the ready, I ventured into the palace to seek out foes and find a big ole chest of gold. 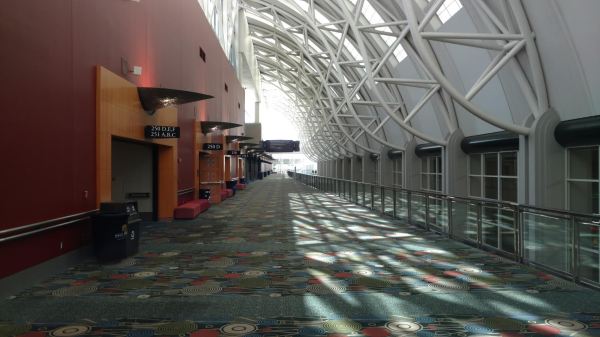 C’mon! It said PALACE in the name! Where are the Emperor’s Royal Guardsmen? The orc raiding party? Hellooooooooooo?

Unfortunately, despite being a cool building, the Salt Palace had little in the ways of foes to dispatch or treasure to reclaim, so I just drank my coffee and left.

Sometimes Real Life can feel dull and frustrating. Sometimes jobs get lost, people turn out to be rude, and the world at large feels a bit scary. Other times, though, Real Life does a decent job of churning out little springs to your step when the player least expects them. Plus, things could always be worse; there could always be an actual pandemic like in Plague Inc, or an actual huge, pointless war like in Call of Duty. Yes, though Real Life isn’t a perfect game, it’s not terrible by any means. Sometimes the game is best played just sitting back and thinking about it instead of charging headfirst into a convention space looking to fistfight the nearest custodian. Just a pro tip. 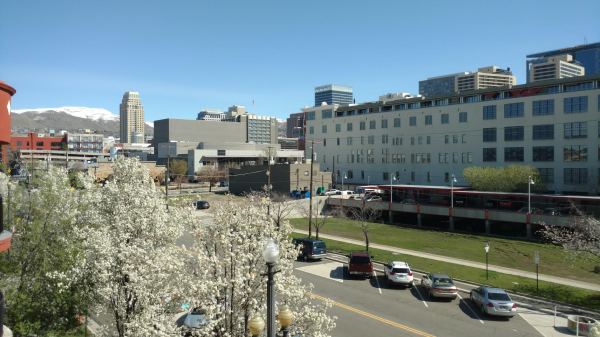 There’s one more little detail about this article that bears mentioning: April Fools’!

I’m not actually giving up game reviews. I don’t actually have any plans to turn this site into a review of daily life. In fact, in the next few months, I might be looking to write even more content, and potentially star in a YouTube show with that aforementioned curly-haired maniac. This joke review was written for your viewing pleasure, to commemorate this most holy of April Fool’s days, and as a thanks to you for reading my stuff. I’m going to keep reviewing video games probably until I die, so don’t sweat these disappearing anytime soon. I’ll be here… I’ll always be here… mwahahahahaha (ahem).

You can buy Real Life here.