Mourn your daughter’s death in the ruins of post-apocalyptic Los Angeles.

2017 has arrived at long last. The world and its issues didn’t magically disappear overnight, but the new year always presents a good opportunity to reflect and to hope for change. It seems only fitting that the first game review of the new year espouses exactly those themes: a world whose problems have not gone away, yet still affords an opportunity to reflect and explore. Behind the Memory presents an interesting canvas, juxtaposing the dreariness of an apocalyptic landscape with daring to hope for better. Or, at the very least, clarity.

Released just a few days before Christmas, Behind the Memory is a vivid first-person exploration game with some mild horror elements and small, simple puzzles. Behind the Memory takes place in a post-apocalyptic world ravaged by some unknown disease; the ensuing chaos left humanity all but wiped out and nature free to reclaim urban areas a la The Last of Us. The game follows a wanderer named Hector, a native of Los Angeles, as he makes his way back home after many years away.

Behind the Memory presents an alternating format of pristine pre-apocalypse scenes and their devastated post-disaster counterparts. The connective thread through all these set pieces is Hector’s memories of his daughter Emma, who perished in the first hours of the epidemic. How exactly this happened is left unknown, but as Hector, it’s up to players to revisit pieces of his past and find out. 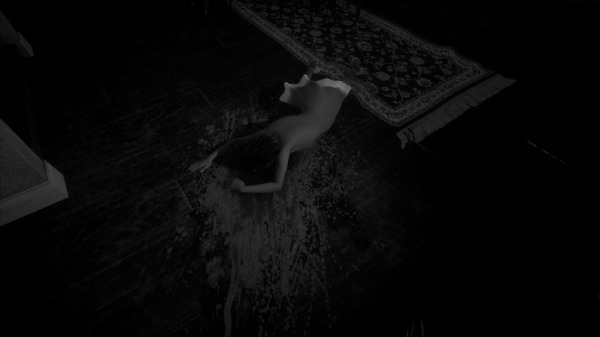 Hector struggles with memories of the disaster… and everyone he lost in it.

As Hector, players can explore these vignettes of “Post-Apocalyptia” by walking around and interacting with various objects. Hector will share his thoughts and memories when prompted by a glowing item, from musings of simpler times gone by to specific family memories. Although Hector’s discussions on life before the apocalypse are believable, the voice acting in Behind the Memory has quite an uneven cadence. Hector’s lines sound much more recited than organic, and sometimes they’re delivered far too quickly one after the other. They veer wildly between anger, regret and hope. Maybe a bit too wildly.

The other issue with Behind the Memory‘s voice acting has less to do with the dialogue and more to do with how it’s packaged in the game. Hector’s lines are issued not from the character, but from tiny sound nodes located throughout the game world. In other words, Hector can happen upon a meadow, trigger a monologue node, and then run away as his words continue to issue from the meadow instead of, well, Hector. Of course, this also means that the dialogue will issue from one speaker or another depending on what direction the player is facing. It’s an inelegant design choice. Frankly, it breaks Behind the Memory‘s immersion, despite the presence of a serviceable soundtrack and sound effects. 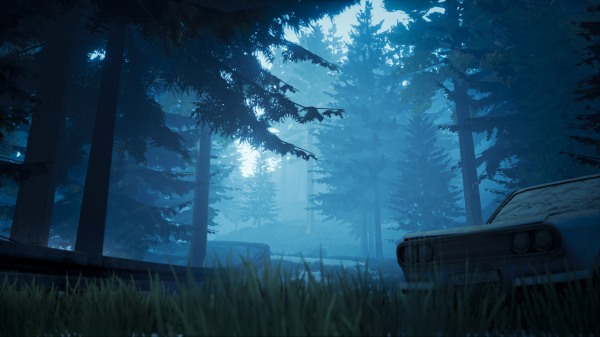 Is that tree speaking in my voice?

Luckily, Behind the Memory shores up its audio woes with some impressive world design. Each area Hector visits is a grimly beautiful visage of the world’s end, with nature ascendant and mankind’s creations left to rust. Some of the textures are muddy, but the environments of Behind the Memory are by and large quite colorful, with impressive lighting and atmospheric effects to set a grim yet contemplative mood. Trees sway realistically in the breeze, and most every man-made structure has been reclaimed by nature.

Despite the aforementioned audio problems, Behind the Memory still manages to present a compelling atmosphere. Its visual design and prop arrangement invite exploration, even in a setting as forbidding as the end of the world. From hastily evacuated city blocks to a single car left alone in the woods, each set piece does a good job of telling a post-apocalyptic story. These visuals are further rounded out by Hector’s interactions with objects left lying around. 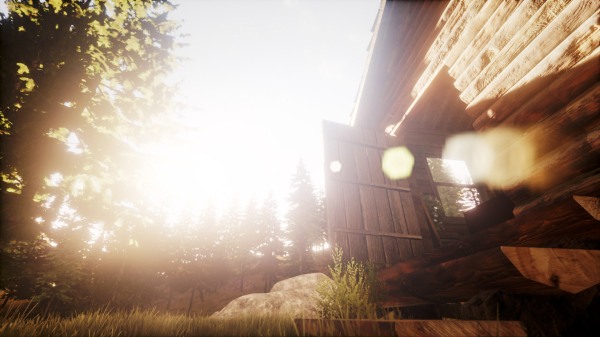 Behind the Memory‘s employment of the same scene in pre and post-apocalyptic conditions is also quite clever, because it allows for a stronger emotional link to areas the player’s never seen before. Even if the player sees a pristine area only a few moments before seeing its post-disaster counterpart, this alternation creates a profound sense of longing. This strategy also helps compensate for the less-than-stellar voice acting.

The final word to be had on Behind the Memory‘s visual design is how well it embodies the mystery of post-apocalyptic fiction. One cannot see a collapsed building without wondering what the story is behind its current state. Players who enjoy that feeling of plundering into places no human has walked in years will enjoy exploration in Behind the Memory. Even though the game’s set pieces are quite linear, they still command an aura of mystery. 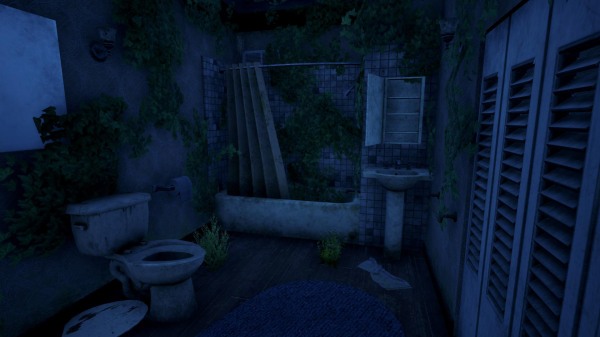 You might say this place… went down the toilet. (Snort).

Although Behind the Memory prompts players to ask a lot of questions, it does so with a few production problems that go beyond audio. For starters, the game’s options menu is bare-bones, with only a handful of resolution and subtitle options rather than a fuller suite of tweaks. The reason PC gamers are so particular about having lots of options is not because of a pretentious sense of entitlement, but because every machine is different. More options allows for more customization. What causes one PC to run the game smoothly may cause another to have a heart attack. It’s by no means a deal-breaker for Behind the Memory, but players who enjoy customizing more than the resolution are in for a disappointment.

The other issue at hand with Behind the Memory is the numerous spelling and grammar errors throughout the subtitles. A video game with errors in its subtitles is not uncommon; hell, The Last of Us is a big-budget production and it has a grammar error in every other line of dialogue. This problem is not unique to Behind the Memory, but it very effectively takes players out of an engrossing world when they stop to say “Hey, that word isn’t spelled correctly”. 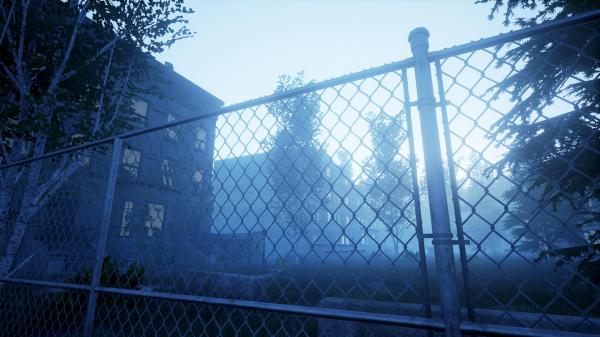 Knowing how to spoken is crucial for immersion.

The journey that all of this game design informs is brief, but impactful. Hector returns home after many years away to contemplate his life and how things got so bad, so quickly. More than that, the game explores his oftentimes strained relationship with his daughter, the epitome of teenage rebellion. The dialogue is a bit hammy, but the horrific memories Hector has of the epidemic’s first night push through and keep things compelling.

The penultimate moment of the game is the gut punch, the moment of separation between Hector and Emma. It’s a plot twist that any fan of post-apocalyptic fiction or psychological horror will see coming from a mile away, but that doesn’t stop it from leaving the heart heavy. The horror elements interspersed along Hector’s journey also help build up to this moment. The result is a satisfying conclusion for a brief yet alluring game.

A tale of memories.

Even though Behind the Memory can be a very rough production in places, it does an admirable job of espousing that aforementioned theme of reflection. It’s an indie title that is neither a must-have nor must-avoid for fans of post-apocalyptic fiction, but it does conceal a few raw emotions behind the awkward voice work and slipshod sound design. The visuals are pretty, the character animations are reasonably well done, and the atmosphere is unmistakable. For four dollars and an hour of time, all of that is not too shabby a proposition.

You can buy Behind the Memory here.