Help an AI find herself in a cyberpunk spatial awareness odyssey.

It’s been months since a puzzle game was reviewed on this page. Uplink turned out to be more of a puzzle-adventure game, and Four Sided Fantasy was much more a relaxing platformer than anything containing conundrums. As the fall gaming season kicks off, a few puzzle games have started popping up here and there on Steam. Far too many of them are derivative first-person titles that start with the phrase “inspired by Portal“, but a select few bring more novel qualities to the table. With that in mind, it’s time to take a look at Security Hole, a game that seeks to be part challenging puzzler, part cyberpunk throwback.

Security Hole is an indie puzzle game created by AnRaEl, an indie studio that has already showcased this game to a few conventions with critical acclaim. Security Hole is set in a dystopian cyberpunk future reminiscent of Blade Runner and Far Cry 3: Blood Dragon, though it focuses much, much more on computer mechanics than either of those media. It has to be said, though, that the title “Security Hole” is a bit inelegant, sounding more like something a frustrated IT guy blurts out than the title of a sophisticated puzzle game.

Security Hole chronicles the exploits of two people: the player character, an anonymous hacker from whom no computer system is safe, and a female AI that comes running to him/her for help. Security Hole‘s narrative kicks off when this synthetic brain, or Sybry, as she calls herself, enters the hacker’s computer systems on the run from shadowy forces. She pleads the hacker to keep her safe from whomever’s chasing her, and then begs for help in discovering her true identity. She has a hard time remembering much of her early existence. The hacker, apparently having nothing better to do, agrees to help Sybry on her mission.

The hacker executes the entirety of Security Hole from what must be an awesome sci-fi computer chair, while Sybry navigates the world outside via its many, many computers. The meat and potatoes of Security Hole is not its narrative, but its puzzles, which come in the form of spatial awareness conundrums. Players must use a computer virus, represented on-screen as a random shape made out of blocks, and fit each tetrahedron through a series of cyber-portals. These are the game’s titular security holes, and fitting the virus through each hole means that the system has been successfully hacked.

Understanding what the virus looks like is one thing, but rotating it to fit through the security hole is quite another. It’s not as simple as lining up the shape to fit the hole; well, it is, but the angle at which the virus can fit through the hole is rarely simple. For example, players may be presented with a hole shaped like a cross, and have to rotate a large, rectangular tetrahedron at such a horizontal angle as to allow passage through the hole. Finding the correct angle requires quick experimentation, as many of the puzzles are timed. Most levels allow the player to activate a time boost to prolong getting detected and losing the level, but the security holes are arranged in sets of 3-5 puzzles, and a boost can only be used once per set.

The virus (foreground) has to be rotated to the right angle to fit through the hole in the background.

As most puzzler fans would expect, these conundrums increase in difficulty the longer the game goes. Just like their biological counterparts, computer viruses have to change and evolve in order to survive. With each puzzle completed, the hacker has to add at least one new block to the virus to keep its shape unique. This is also the mechanic by which the game increases in difficulty; the more blocks that are added to the virus, the bigger and more convoluted the shape becomes. In turn, finding the proper angle to fit the virus through the hole becomes more difficult.

Though the spatial awareness puzzles take center stage in Security Hole, there are a few other shape-based puzzles to be found in this game. The second-most common variety is password-based, in which players are presented with a single tetrahedron and have to guess its twin from a menu of four other shapes. More gimmicks and shapes are added as the game progresses over the course of six chapters. Security Hole‘s main campaign clocks in at about five hours with the absolute minimum of puzzles needed to proceed, though this can balloon to upwards of 10 hours if players decide to do all of them. There’s also an endless “survival” mode in which players try to solve as many puzzles as possible without being booted from the system. For ten bucks, that’s a generous amount of gameplay. 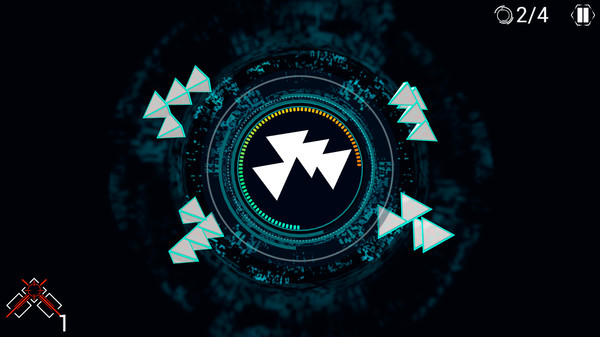 Security Hole‘s puzzles are fun, and they grant a special sense of satisfaction upon completion, but they also present two problems that pose challenges to new players. The first and most pressing issue is the game’s dramatic uptick in level difficulty. The first few levels aren’t anything maddening, but Security Hole‘s learning curve becomes quite drastic toward the end of the very first chapter. There isn’t really a sense of difficulty buildup in this game; instead, Security Hole presents a few easy levels and then immediately drops players into the deep end. It’s not a deal-breaker; indeed, for hardcore puzzle game fans, it may sound more like a benefit than a liability. However, new players may find it more than a bit intimidating.

The second problem with Security Hole‘s puzzles lies not in the conundrums themselves, but in the tutorial documentation. The game’s challenges become more elaborate as time goes on, but some of the hints and clues on how to beat the puzzles are a little too vague for the player’s benefit. For example, occasionally the player will come across purple tetrahedrons that the game claims require a “special twist” to get past, but Security Hole does a poor job specifying what the aforementioned twist is. Players can eventually figure out what to do from a few runs of trail-and-error, but it’s an inelegant solution. Hopefully the tutorial messages will become more concise in future updates.

Security Hole‘s narrative is also nothing to write home about. The hacker’s quest to help Sybry is predicated on nothing more than an excess of free time on the hacker’s part, and there’s little character development to be found in either of them. The game’s exposition and dialogue are woven together in a series of chat messages between Sybry and the hacker. These discussions are written well enough, sans a few spelling errors, but they miss a few opportunities to develop the characters or build on the interesting-looking cyber world Security Hole espouses.

These conversations are also interrupted by the puzzles at the most random intervals; the hacker and Sybry will be in the middle of discussing something, and the chat screen will suddenly cut to black for more puzzles. There’s no rhyme or reason to the puzzles’ interjections upon the dialogue. They pop up in random intervals all over the conversations instead of neatly at the ends of them. Maybe it was an attempt by the developer to make the game’s elements feel more blended, but all it accomplishes is making them feel more disparate. It’s very conspicuous when a series of puzzles pops up mid-sentence instead of at the end of a topic. 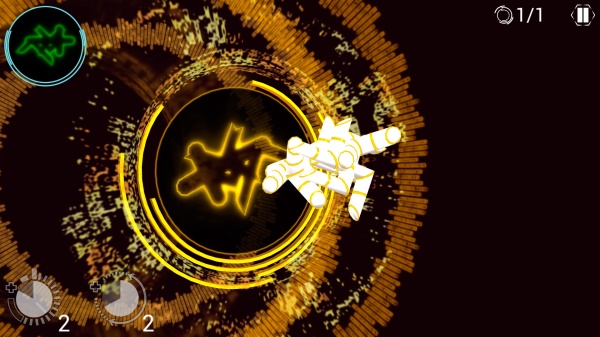 Security Hole‘s cyberpunk atmosphere hits its stride far more in the art and music departments than in the story area. The chat screens between Sybry and the hacker are accompanied by a series of beautifully illustrated panels depicting the cyberpunk world Security Hole takes place in. Immaculately decorated cityscapes and futuristic labs are but a few of the well-done art pieces placed throughout the game. Most scenes are dominated by the blue-haired girl featured in the title card, who can be assumed to be Sybry. The in-puzzle visuals pack a hazy combination of bright neon and psychadelic backgrounds, leaving players with no shortage of pretty lights to stare at. Anyone who likes puzzles, shiny objects, and puzzles made out of shiny objects will find a visual feast in Security Hole.

Additionally, the soundtrack for Security Hole is an outstanding cyberpunk medley. There are only a few tracks, but each one is a super-cool and old-school synth composition that sounds a lot like the music from Blade Runner, which, given the cyberpunk setting, is probably not a coincidence. The music’s impeccable composition is a great companion to the cyberpunk artwork and the puzzles themselves. 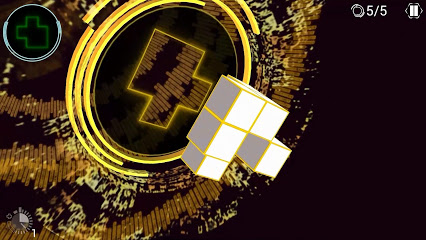 Even though Security Hole doesn’t hit all its notes flawlessly, at least the game is doing something different. As previously mentioned, the amount of shallow Portal clones in Steam’s puzzle games catalog has reached nauseating heights, and many games aside end up being adventure titles without true conundrums. Security Hole is not interested in treading Portal‘s well-trod path. Spatial awareness puzzles in general are a rarity in video games, and though Security Hole‘s narrative is choppy and its difficulty curve high, it executes these puzzles with searing self-confidence. The game is pretty much bug-free and can run smoothly on both potatoes and high-end machines. Cyberpunk fans looking for a deep narrative might be on the fence about Security Hole, but puzzle fans everywhere will want to pick this game up immediately. At the very least, Security Hole combines the satisfaction of completing puzzles with the euphoria of doing something illegal. At the end of the day, that’s what a lot of great cyberpunk fiction boils down to.

You can buy Security Hole here.