Build your own spaceship and explore a procedurally generated galaxy.

A lot of people have asked me why I don’t review more Early Access games. With such great titles as The Long Dark and the recently completed Kerbal Space Program floating around out there, surely there’s something in the Early Access field worthy of my blog? Maybe so, but the unfortunate reality is that only 25% of Early Access games actually reach completion. For every one game that gets a full release, three others float around on the Internet, permanently incomplete. Kinetic Void fits into the latter category, and encompasses everything that is wrong with the Early Access system.

Kinetic Void is a space exploration simulator with a focus on building a custom spaceship. Players can use a shipyard to construct their own space-faring vessel, customizing everything from the paint job down to the engines. Almost no facet of the process is hands-off.

Once you’ve built a spacecraft, it’s time to jet off into a huge, procedurally generated galaxy in search of adventure. You can team up with your friends or search the stars by yourself; either way, there’s a wide galaxy full of danger and action. Or at least… that’s what it says in the advertisement. 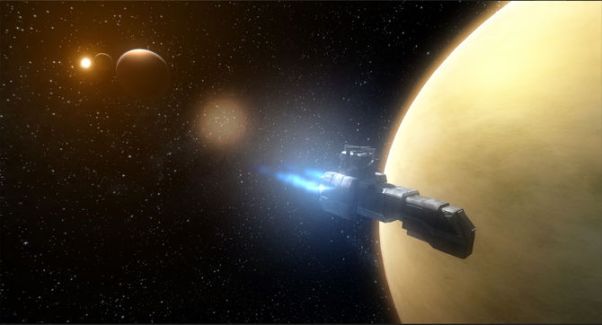 Kinetic Void tries to give players the freedom to explore a universe.

Kinetic Void has a lot of other exciting features listed on its Steam page. It promises a grand adventure in which you can shape your destiny however you wish. You can ally with in-game factions to war for control of the galaxy. You can also be a merchant, the commander of a fleet, or simply be left to explore the stars.

To underlie all of these features and branching adventure lines, Kinetic Void also promises thousands of customization options, including hundreds of parts, weapons and engines. You can also expect to find galactic trade routes and “epic” space battles. Seriously though, doesn’t all of this just sound great? Perhaps a little… too great.

That… is actually pretty cool.

Right off the bat, Kinetic Void has no kind of tutorial. The game just dumps you into a labyrinth of menus and parts options and expects you to figure it all out yourself. The game doesn’t even tell you which parts are necessary to fly a ship, and which ones are purely cosmetic. It’s a big mess that the developers expect you to have the time to sort out.

In my own particular experience, I spent a half-hour putting together a ship akin to the A-Wing starfighter from Star Wars, one of my favorite spacecraft ever. I assembled the ship and decided to take off into space… but my ship wouldn’t go anywhere. Kinetic Void would not tell me why my ship stalled like an old semi-truck. It would not tell me what parts I needed, and it was only through checking the game’s online forums that I found it needed a space battery. I’d just assumed the engines would’ve gotten the job done. Guess not.

Turns out that space gasoline is rare.

Kinetic Void did not help me. I spent a few more hours trying to figure out what I needed to do before abandoning the game in frustration. I added my voice to the chorus of frustrated customers yelling at the developer to do something, and promises were made that tutorials would be added to the game. Those promises, for tutorials and so many other things, were never carried out. And then, in a cynical attempt to cash in on a dead project as much as possible, the developer marked the game as fully finished.

Now, to be fair, not every Early Access game ends up like Kinetic Void: hollow, unfinished, and now abandoned by the developer. But far too many games do end up in that state. Far too many for me to believe that the Early Access system is an effective method of game development. Kinetic Void started out with great promise, but the developer ceased working on it and it’s somehow still on the Steam store. There is absolutely no indication that it will ever be completed, making its “full release” badge all the more vexing.

Look at all that stuff that will never happen…

So where does this state of affairs leave Kinetic Void‘s customers? The people who forked over their hard-earned money for a chance at a great space adventure?

Well, unless your playtime falls within the 2-hour limit of the Steam refund system, it leaves you up shitter creek without a paddle. Customers who fall victim to this kind of nonsense have almost no recourse when a developer abandons work on the project that they paid for. We have the Steam refund system now, and praise Lord Gaben for that, but that system was only put into place relatively recently. For who knows how many years up until that point, Early Access customers who got screwed over by lazy or duplicitous developers got only a shrug as consolation from Steam.

What a cool ship! Oh what, it doesn’t work? Good luck figuring out why!

There are a few examples of developers who went far further than merely abandoning their project. The Stomping Land, an Early Access dinosaur survival game, was pulled from the Steam store in 2014 after the developer took all of the money he’d made and disappeared for 2 months. The guy returned from his hiatus and claimed that the game had been taken off the store to be remade in a new engine, but this was small consolation to the people whose money he’d effectively stolen.

The Stomping Land has yet to be re-released.

The absolute worst abuser of the Early Access system is probably Peter Molyneux, leader of the 22Cans studio and creator of the game Godus. Godus was a civilization simulation game first released in Early Access a few years ago, but recently Molyneux decided to pull the game from Steam and release a different game called Godus Wars. Though Godus Wars was provided to Godus owners free of charge, gamers everywhere were outraged that the project they’d paid for had been cancelled and the money re-allocated to a different game. The icing on the cake is that Godus underwent very few changes in its years as an Early Access title. 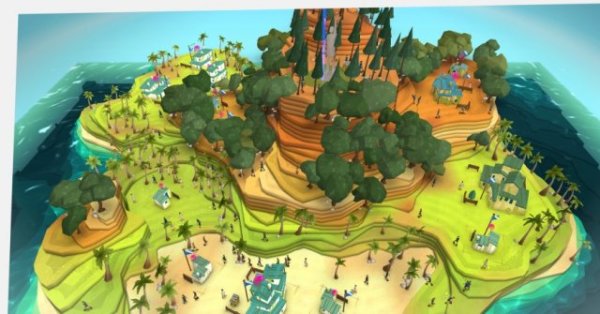 I could go on about other abuses of the Early Access system by other developers, but I’m quite confident I’ve made my point. Assessing the promises of a game developer is the same as assessing those of a politician, or a spouse. They may talk a pretty game, but they need to follow their words up with action to match them.

My concluding thoughts on Kinetic Void and Early Access is that no Early Access customer has any idea what their purchase will ultimately turn out to be. Sure, many developers are quick to say that they’ll work with the community and be completely transparent, but only a select few actually follow up on that promise. Censorship and Steam moderator abuse is rampant, like when I got banned from ARK: Survival Evolved‘s page for asking about Chinese hackers. Wait until the project is done before actually buying it, because what the game turns out to be could be a far cry from what it is now. Hopefully Steam will institute some kind of quality control, because games like Kinetic Void are befouling its reputation as the ultimate PC gaming platform.

You can buy Kinetic Void here.