Search for a way out of a Soviet bunker… and the dark secrets it hides.

Before the days of high-end graphics engines and 3D rendering, the point-and-click format was the primary means by which game designers created stunning environments. It’s a lot easier to render a picture that you can move about on, instead of a game world that you can move around in. The Myst series is the best-known example of these video games, but there are hundreds of other point-and-click games spanning all kinds of stories and genres. With that in mind, I wanted to review a modern point-and-click horror game. 1953: KGB Unleashed is a mysterious game inspired by true events and rooted in true fear, but whose execution of all of those things is perhaps more horrific than the subject matter.

1953: KGB Unleashed is a spooky point-and-click game set in the bowels of a Soviet-era bunker. You, an anonymous soldier, wake up in the basement with no memory of how you got there. Armed only with your wits and whatever is at hand around the bunker, it’s up to you to learn the truth behind the facility and escape it with your life. 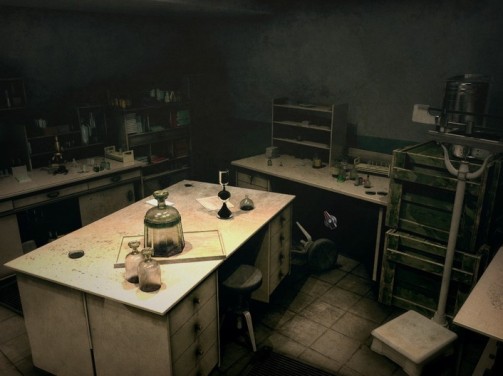 To start things off, KGB Unleashed has gorgeous, chilling visuals. Each area that you click to is beautifully detailed, with photography-quality assets that look real. Again, the advantage to the point-and-click format is the ability to render jaw-dropping stills to move around in. Myst IV: Revelation had graphical power that is still admirable by today’s standards, despite having been released over a decade ago. KGB is able to take advantage of this format as well, with meticulous attention to detail. Cold concrete walls, rows of bottles, discarded power tools, everything is set to pop out and look real.

KGB also has some ambient sound design to back up its spooky visuals, with such sound effects as distant crashes, quiet drafts and the hum of generators. These, combined with the visuals, give KGB Unleashed an atmosphere on par with such horror greats as Outlast. You get the opportunity to move around this coldly beautiful bunker, fear and sounds effects being your only companion. The two elements work well together and were sufficient to give me chills. In a lot of ways it reminded me of Scratches, which is perhaps the premier point-and-click horror game in the medium, though KGB lacks the philosophical power of that game. 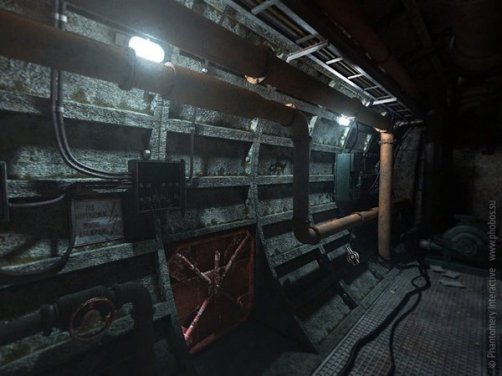 KGB has a strong atmosphere powered by detailed visuals and creepy sound effects.

Unfortunately for 1953: KGB Unleashed, the visuals and the sound design are about the only redeeming qualities of the game. The sound design is not without its faults, either; the voice acting in this game is atrocious. Every character imagined or real is voiced by a group of nasally, high-pitched Americans whose attempts at fear and revulsion are laughable. I get that this game was probably made on a budget and that hiring Russian voice actors was beyond the books, but if you have to have American voice actors for a game set in Russia, at least make them sound like they care. You’re already fighting an uphill battle in the sound department if you have to use non-native voice actors.

The sad thing is that the other aspects of this game’s sound design are still excellent. It’s just a shame that the most important element of that part of the production was so awful. The eerie soundtrack and the haunting sound effects were absolutely spot-on, but the atmosphere and tension are broken when your character, who sounds like Justin from Dodgeball, chips in about how spooky things are down here. 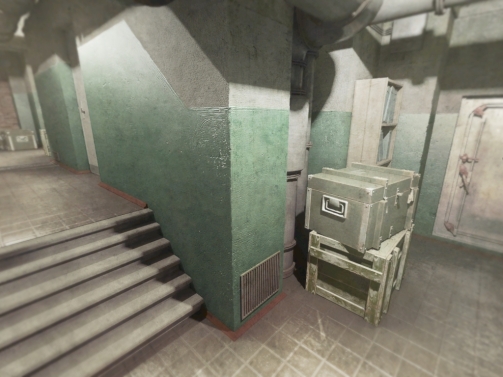 The sound design becomes a mixed bag when you add the voice acting.

Like the overwhelming majority of point-and-click adventures, KGB Unleashed is powered by puzzles. Everything from the narrative to moving about in the bunker hinges upon your ability to solve shit. Unfortunately, KGB‘s puzzles are not powered by logical deduction, but by nonsense and lucky guesses. This is not a great Cold War-era caper; this is one of those games where you have to furiously pixel-hunt all over the damn game to look for clues, and then try random combinations of every item in your inventory with every item in the game world to try to progress. There is little to no indication in this entire game of how to solve the puzzles you encounter, or even how they will help you progress.

It’s horseshit, to be frank. My jaw kept dropping with every puzzle I had to solve. I had one window on my machine devoted solely to the walkthrough. Using a blowtorch to warm up a machine? Opening a secret passageway by lining up pencils on a desk at the same time a propaganda film is playing? Are you serious?

This type of puzzlecraft is NOT good game design. It is lazy, pretentious bullshit. 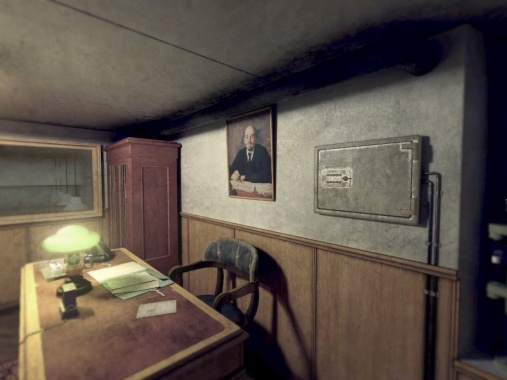 Games powered by nonsense are not fun; they’re a pain in the ass.

So the puzzles are a little too vague, you might say. Well, is the narrative compelling enough to help you power through them?

Nope. Basically, your guy is looking for a way out of this bunker, someone made a brick wall over the front door, and a man over a loudspeaker is whispering surreal gibberish to you as you faff about. There are hints as to some sort of chemical disaster or mutation experiment, but you have to dig through tomes of dry scientific literature from the 50s to get any inkling of what’s going on behind the scenes. Like I said before, you can only advance the narrative by solving the puzzles, which is much, much easier said than done. 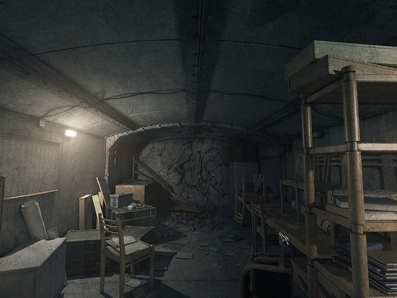 Somehow I don’t feel bad for not thinking to lay a book upside-down inside a cabinet to restore power.

I wish I could tell you more about this game, but I lost my goddamn mind after I learned that in order to open a power junction, I had to insert random cigarette cases into hard-to-see grooves on a desk in the executive wing. I read that very text on a walkthrough, screamed some obscenities at my computer, exited out of the game, and hit that Steam Refund button like it was a cure for cancer. Who has the kind of time needed to engage in the pixel-hunting and lucky guessing this game requires? Playing KGB Unleashed is like sitting at your desk all day, putting in random combinations on a safe that you’re trying to open.

The real tragedy of KGB Unleashed, as with many bad games, is what it could’ve been. The design team behind this game knew fuckall when it came to competent puzzle design, but it’s clear that they poured their heart and soul into the visuals. They really are beautiful, and there’s a treasure trove of assets and literature from the Soviet era that’s fascinating to look at. It’s just a shame that your ability to see and experience all of this hinges upon the worst puzzle design I’ve ever seen. 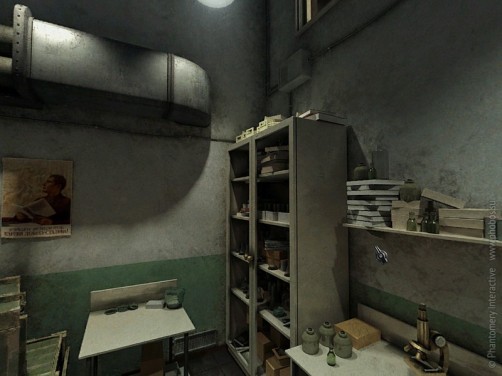 Typically I like to talk about the features of a game and then let you, the reader, decide for yourself whether it’s worth your time. But I’m putting my foot down in this review. 1953: KGB Unleashed is a terrible game. It could’ve been a great mystery-horror game, and it has the visual and sound design makings of the next great point-and-click caper.

All of that is brought down by the worst puzzle design I have ever seen. Point-and-click does not mean spending 50 hours pointing and clicking on everything around you in the hopes of making progress. Puzzles are challenges that are solved by logic, not by nonsense. Based on what I endured, I can only assume the developers thought otherwise.