Free a group of orphans from the clutches of an evil creature.

Much as I’d like to, I can’t shower every entry of the Short Horror Week series in praise and flowers. Indeed, most of the series comprises suggestions from my readers, and I don’t screen these entries before giving them a spot on the roster. I like to praise games and recommend them to people, but I write these reviews to protect consumers from making some questionable purchases. Huntsman: The Orphanage tries. It really does. But I’m not sure that’s enough.

Huntsman is a first-person survival horror game where you start off in the middle of a vast forest. Your goal is to explore a nearby abandoned orphanage, and investigate the fates of a few orphans who lived there decades ago. Mysterious circumstances have forced the facility’s closure. Your cell phone has no service but it makes a nifty flashlight.

For the grief I’m about to give the rest of this game, Huntsman starts off well. You’re isolated in the middle of a forbidding woodland and finding the orphanage is more a matter of crashing through the underbrush than following a straight path. This was a design choice I found to be most excellent, because it reinforced the sense of being lost and the orphanage itself being lost to time. 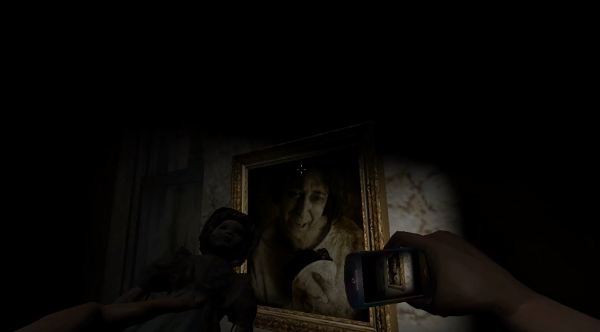 So far so good…

Anyway, I entered the building and immediately moused over a portrait of a foreboding orphanage master, who relayed from beyond the grave his decision to surrender the souls of his charges to a monster, in exchange for his own being spared. Paintings of various characters can be found throughout the orphanage, and its through these that the subjects tell their origins and predicaments.

This was a design choice that divided me almost immediately. For the most part, these monologues are very well voice-acted, perhaps even better than the characters I lauded yesterday in Stairs. Unfortunately, some of the stories are simply way too long. I sat there for about 10 minutes listening to one orphan ramble about the seasons or some shit, and while I can appreciate some poetic brevity, taking too long to get the point tends to be frustrating rather than enrapturing. 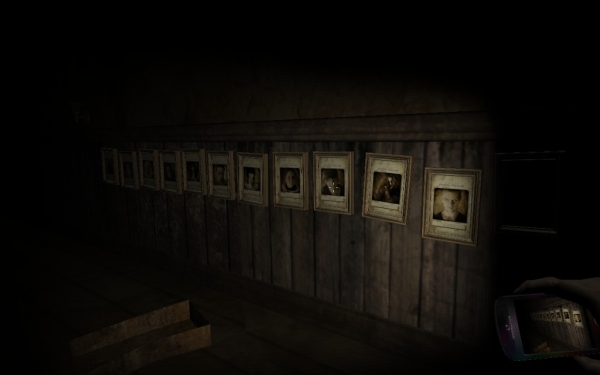 Jesus Jones, kiddo, I’m sorry you got your finger chopped off, but what does that have to do with anything?!

There’s a haunted chalkboard in the orphanage classroom that tells you to set these orphans’ souls free. They’re not dead; they’re being held in purgatory by some unknown force. Unfortunately, this message does an incredibly poor job of explaining how to go about this task, and it wasn’t until a few walkthroughs later that I figured out you’re supposed to put an item belonging to each orphan on their gravestones.

Great. So, the first question is… where the hell is the cemetery? 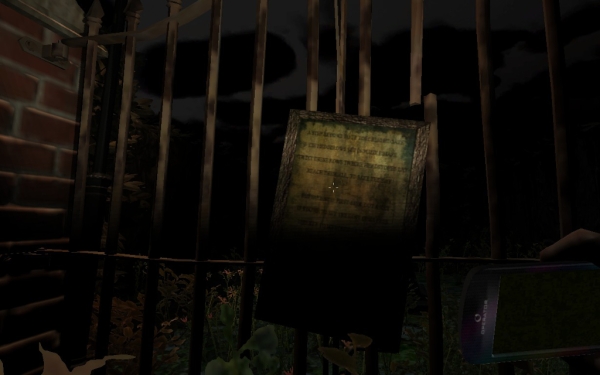 Despite tearing through this damn orphanage four times over, I never figured out where the graveyard is. It’s a frustration other players have expressed to me as well. Additionally, the items that you’re supposed to be looking for are not in any way highlighted or singled out from the piles of junk around the building. You can guess what you need from the orphans’ monologues, but that won’t save you from hours of teeth-gnashingly frustrating pixel-hunting. Some objects, like the aforementioned severed finger, are simply too small.

Another gameplay element that needs a lot of work are the scares. The orphans will sometimes send you chilling, Ring-esque messages through your phone, but because the phone is in your lower right-hand corner, the images are hardly scary. If they took up your entire screen they might be, but a five-second clip out of your peripheral is really not that terrifying. 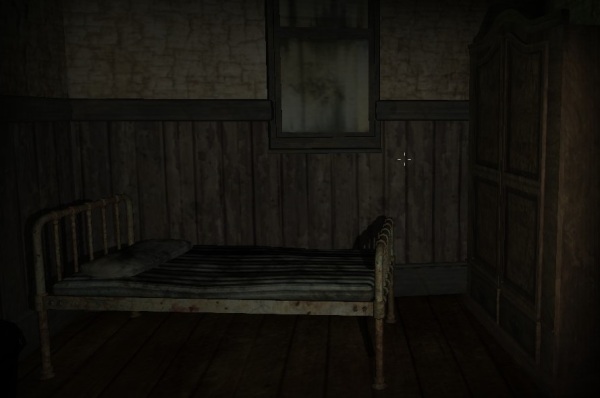 The item placement in this game is irritating. Dark-clue-on-that-dark-mattress levels of irritating.

Now, to be fair, the game has some decent level design. The orphanage is huge and dark, and you can easily get lost if you’re not careful. This was an element of the game that I found to be reasonably engrossing. The grounds surrounding the orphanage are similarly dark and maze-like. So for all of Huntsman’s other failures, level design, at least, is quite good.

By now I suppose I should mention the monster, though I’d rather not. The eponymous Huntsman looks like the offspring of a tarantula and one of those beak-masked doctors from Assassin’s Creed II. A terrifying creature, in its own right. Too bad my copy of the game was bugged as to insta-kill me for even a passing encounter with the damn thing. 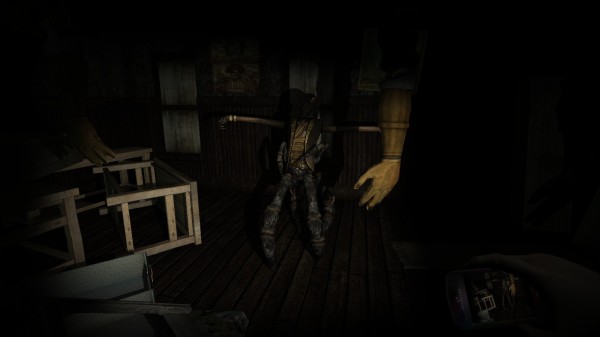 Yep. I’m told the Huntsman follows Slenderman-style rules: look at it too long, and you die. Its presence is supposedly indicated by the many ticking clocks in its jacket, but the only ticking happening here was my temper, as even seeing the thing out of the corner of my eye for a millisecond sent me into the game’s death state, from which there is no reload. You have to start the whole game over again.

(Tears out scalp in frustration). 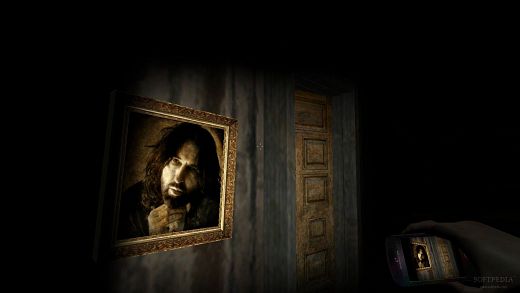 This game is haunted. Literally.

My final word on this game is its premise. The developer boldly states that this is the first of a “new breed” of “alt-horror” games that boldly forsake blood and violence, apparently never having heard of the dozens of games that embrace this motif, and have done so for decades. I really have no words for the critics who bought the buzzwords hook line and sinker, except that they have some horizons in desperate need of expanding.

Now look; I don’t like tearing into video games like this. I said as much to the developer of this game, code-name Shadowshifter, during a chat over Steam a few months ago. He/she relayed that this is their first effort and that they’re looking at addressing a few of the concerns brought before him/her over the past year, but a lot of these things are very simple fixes that should have been opened and closed as rudimentary design elements. I commend the developer reaching out to me personally and us having a chat about this, so I will close with this: Huntsman has potential. Please fix it. Thank you.

But in the meantime, I cannot recommend it.

You can buy Huntsman: The Orphanage here.