Navigate a weird world where no two narratives are the same.

I know that I rant about the evils of modern video gaming with regularity that puts a clock’s ticking to shame, but one of the most insidious foes this medium contends with is linearity. Ergo, travel from point A to point B along a strict, narrow path until the game asks you to, nay, makes you, stop. I can rant and rave about how boring this makes video games ’till I’m blue in the face, but I’ve decided to let The Stanley Parable speak for me. This game rather cheekily toys with the concept of narrative in a way that will hopefully provoke thought and discussion among game makers and fans. How free are we, really, in a video game, to do whatever we want? This game poses that question to us, and everyone will answer it differently.

The Stanley Parable is a first-person adventure game built using the Source engine, giving it that pleasant but slightly cut-and-dry look native to, say, Portal 2. Player character Stanley is an anonymous worker at a big, faceless corporation, whose only job is to press keys on his keyboard every time his monitor tells him to.

One day, the computer stops feeding him instructions, prompting Stanley to leave his office to find out why his breathtakingly exciting and fast-paced job has ground to a halt.

Stanley is very happy doing a job most people would need a lobotomy for.

The tale of this small, silent man is narrated by a dry British writer who is implied to be the game’s creator, who points out various facets of a story as Stanley explores his office. He’ll point out features of the environment, such as the strange disappearance of all of Stanley’s coworkers, but he’ll also prompt the player to make certain choices in the narrative.

For example, at one point toward the game’s beginning I was presented with two doors. The narrator intoned that Stanley was to use the door on his left, but, feeling rebellious, I chose the door on the right. The narrator alters the tale to fit the player’s choices, not without some occasional frustration.

You can do as the narrator commands or go your own way. There is no wrong answer, though the narrator might disagree.

For my part, I found it hilarious to go against the narrator’s laid-out plan and listen to him cobble together an increasingly ridiculous and convoluted story as to why I was jumping atop vending machines, and camping out in the women’s bathroom. For my first playthrough of this game, I decided to go 50/50 on following directions and going my own way, which led to the narrator getting so confused that he decided to slap a “You Win!” card on my screen.

The game blends its narrative flexibility with other bits of humor. The narrator, who is apparently controlling the game, decided multiple times to literally drop me back at the game’s beginning and urged me to follow the story “properly”. Intriguingly, the game world began falling apart because of my rebelliousness, and he tried everything from letting me go my own way to prompting me to follow “The Stanley Parable Adventure Line”, accompanied by great music and fanfare. This made the spoken dialogue some of the funniest I’ve heard from a game in a long time.

The narrator had his idea of the story. I had mine. The Stanley Parable is the tale of our great conflict.

Eventually, the narrator decided to engage me in a conversation about, well, narrative. Is it not still a story as long as I’m going somewhere, doing something? Does that mean what I’m doing is still a story even if there’s no clear goal or objective? Or should there be an objective that he could bend the game’s world toward fulfilling? Is the narrative more than our thoughts and expectations?

After giving the narrator an ulcer over my rebellious ways, I decided to start the game again and follow his tale to the letter, which comprises Stanley’s search for his employees and the lack of instruction from his computer. The narrator will tempt you with information that Stanley isn’t supposed to know, like a keypad code, and for the sake of the narrative could not actually know, yet you, the player, knows. 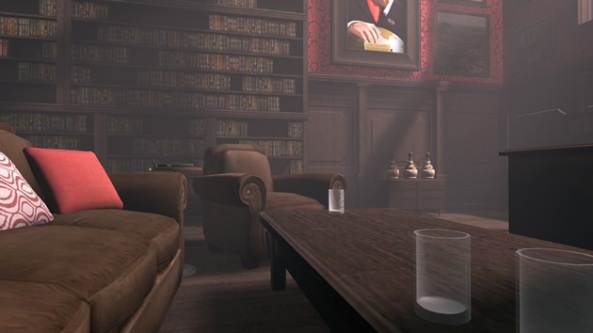 Knowing within knowing, without knowing. It’s the Matrix, man.

Obviously, the strength and cohesion of the story depends on the choices you make. This is the primary purpose the game is meant to fulfill; starting a conversation about story and the game’s own responsibility for prompting the player or holding back for them to explore. The Stanley Parable accommodates these play styles and made me think to myself, “do video games do gamers a service by making them adhere to their rules, or a disservice?”

Your ability to keep the story on track or drive it into the ground does represent a certain freedom of choice lacking in most games. It doesn’t necessarily make these games bad, but The Stanley Parable responds to your own rules and thoughts without expecting you to adhere to any it may offer, beyond playing from a first-person perspective and interacting with doors and buttons. 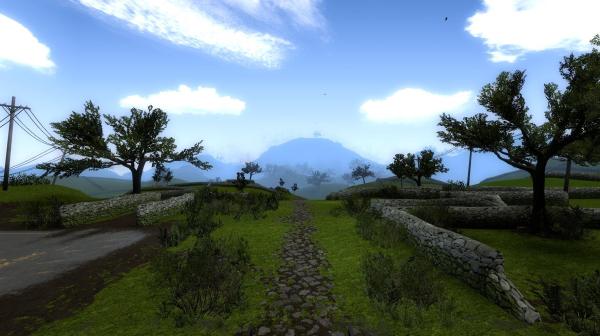 The Stanley Parable has been likened to the film Inception for its apparent brain-bendyness, but the game is anything but. The entire game is a great confrontation between the narrator and the player, both of whom are fighting for the right to the game’s narrative. Ironically, you and the narrator need each other, in order to define what is sticking to a “story” and what is rebellion, even though both are stories. The game also becomes less about Stanley’s search for his coworkers and more about defining your own narrative, and in so doing threatens to get sucked into itself.

The Stanley Parable stops short of being a truly limitless exploration of freedom. The game apparently has 18 different endings and I was able to get through ten of them in about 45 minutes. This is where the game starts to feel unfinished; I’d feel like I was making some serious progress advancing through the office and suddenly be back at the beginning. Most of the endings I’ve found felt more like rebooting a crash than a satisfying conclusion. Perhaps a satisfying conclusion isn’t the point of a game that messes with your concept of narration, but it made the game very short. 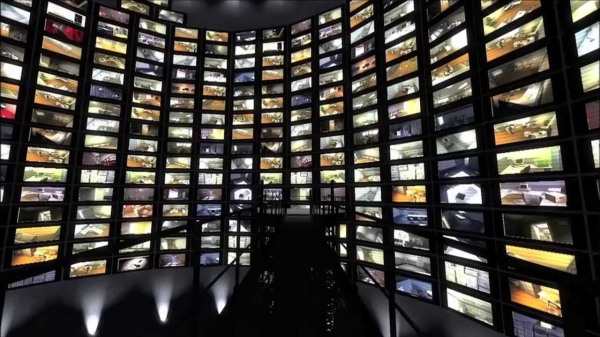 This game often feels like it’s ended before it truly begins. Most playthroughs take only a few minutes before you’re suddenly back at the beginning.

Additionally, for all of my pretentious-sounding discussions about narrative and narration, most of the game’s endings only really begin to split in the story’s final stages. Up to that point, you can follow the story pretty much the same way and still get two or three possible endings out of one climax.

Sure, a few endings require completely different paths, but most of them have a lot of interchangeable segments, lessening the feeling that my early choices mattered that much.

The artwork in The Stanley Parable is crisp and slick, but the game’s lack of interactivity and the abundance of samey office environments made it feel a bit sterile. The game’s environments vary along with the possible story endings, though, as does the level design.

There’s a conspicuous lack of music, but this fit’s the game’s mysterious and open-ended atmosphere. 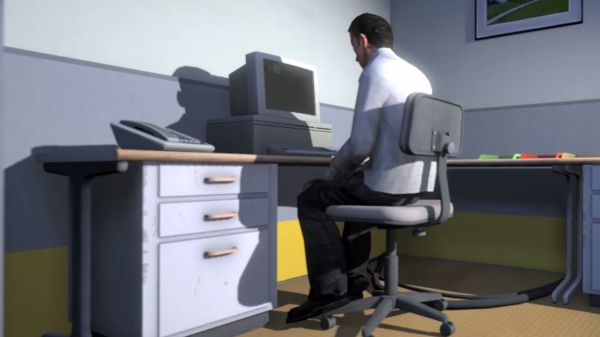 Despite some artistic nit-picking, The Stanley Parable looks and feels great.

My gripes about the game’s art direction are rather petty in the grand scheme of things, because the game’s feel is propelled by the masterful narration of Kevan Brighting and the game’s intricate level design. The environments vary in their pacing if not always their appearance, and the narrator is with you every step of the way, pointing out what you should notice and, perhaps, what you shouldn’t. Once again, this is the essence of The Stanley Parable; noticing what you notice, and what you’re told to notice.

Despite some production shortfalls and a discomforting lack of closure or length in its multiple endings, The Stanley Parable is one of the most important games to be released in a while. It will get gamers to think about the nature of game worlds’ rules and whether they promote freedom or entrapment. I feel that this is an important conversation to have in an age where most games are linear set pieces that in no way promote creativity or deviating off the beaten path. The Stanley Parable promotes both, and for that, I recommend it.

You can buy The Stanley Parable here.