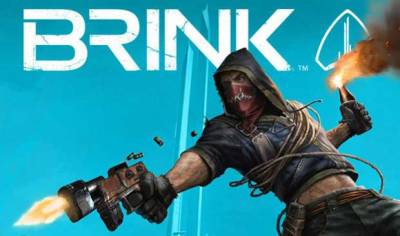 Fight for the fate of an oceanic metropolis
Release: May 10, 2011 (PC, PlayStation 3, Xbox 360)
By Ian Coppock, Originally Published on May 7, 2013
Until now I’ve reviewed games based on the suggestions of others or because I think they deserve attention, the same way an Iraq war veteran who walked into my favorite restaurant the other night deserved (and got) a roaring applause and free food. That all changed over the weekend when a friend of mine told me they were contemplating buying Brink (or BRINK?), a first-person shooter. As a matter of public health and personal safety, I have decided to take screenshots and write this review all to push one sentiment: Brink is the worst game in the entire world, and no one should play it. Ever.
.
The “Story”
Brink‘s pathetic excuse for a plot takes place a few decades into the future, when humankind couldn’t cease their love affair with global warming and drove the entire planet underwater. The game takes place on the Ark (or ARK? Loading screens used both spellings), a floating metropolis that was built as an experiment in living green, en masse. Though the city fared well enough, it received a flood of immigrants (haha, flood) from the now-submerged nations of the world.
.
With a population much too large for the cityscape, the Ark’s government builds a series of shantytowns to house the refugees. This creates a startling divide between the cozily settled founders, and… everyone else. Brink opens as tensions between both sides rise to a boiling point, threatening an outbreak of war in a once-pristine city.
.
So far, this isn’t so painful, right? In fact, it could be construed as an interesting commentary on immigration, or the struggles mankind will face in the 21st century due to dwindling resources.

But no. All of this is encapsulated in a brief three-minute intro video, after which players are asked to side with the Security faction to save the Ark, or with the immigrant Resistance faction to find a way off of it, which seems about as difficult as finding a decent boat.

So wait, why are these factions fighting? The Resistance could just leave and this would make Security’s job easier, thus reducing tensions and… oh, don’t try to question it.

Though it claims otherwise, Brink consists of about 12 missions, split into 24, I guess, sub-missions? Anyway, each campaign takes place in the same 12 or so maps and just features you fighting for one side or the other. That’s pretty much the whole story, and the outcome changes depending on which faction you fight for, making for a pointless story in an equally pointless war.

There are no named characters and no character development, leaving us completely unattached to either side’s cause. Brink’s narrative descends into a series of melodramatic five-second cutscenes before each mission. The spoken dialogue is drowned out by the music and sound effects (even with both of those bars toned all the way down in the audio menu), leaving us even less familiar with who these people are or why we should care. Each mission is pretty much the same. You have an item to rub against a door or computer, thus creating success. Also, you shoot things.
Normally I don’t discuss gameplay unless it has problems, and Brink has more flaws than a gem that’s been beaten into pieces and then fed into a blasting furnace. The AI is so broken that it defies description. You have numerous squadmates, but their sole goal in life is to capture these stupid little supply post things, AND NOTHING ELSE. Nothing, not even getting shot at, stops them from running their dumb little hearts out toward the nearest command post and invariably getting killed. This left me alone against a horde of baddies, trying to complete the objective and getting massacred.
“Maybe you can help me complete the mission?” I asked my intrepid commandos.
.
“No, Ian, that’s stupid,” they replied as one. “We have to capture the command post so that we can change classes and get extra lunchboxes!”

The gun controls are similarly morose. Each mission is more repetitive than a flight of stairs, and less entertaining. Enemies are so ludicrously numerous that the battle becomes even more unfair.

“But we have to get those command posts,” say my squadmates. 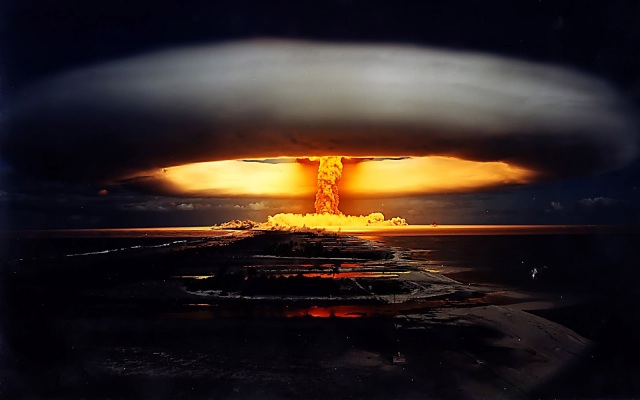 (huff, puff), okay we’re back. I just had an aneurysm but the doctor says that the blood should stop shooting out of my nose soon.

On another note, I found it weird that you could only create and play a male character. I’d expect that from Call of Duty, but the lack of female characters was the cherry atop an icing made from poo.  I refuse to believe that no one on the development team saw Brink as anywhere near ready for publishing, because it wasn’t. This game is more broken and dysfunctional than Congress.
.
The Artwork
Before releasing this abomination, developer Splash Damage (as in this game will splash damaging concoctions of anger-inducing chemicals around your brain) toted a sexy, awesome parkour system called SMART. This system would allow players to effortlessly wall-run and jump over obstacles. I’m sure this would have been cool… if there’d actually been any walls or obstacles to jump on. The environments in this game are flat and boring, and riddled with innumerable invisible walls. I playedBrink for about six hours and didn’t use parkour at all. Perhaps more importantly, I didn’t need to use parkour. I even used the skinniest character body type, the other two being normal body type and too-fat-to-be-of-any-use-body type, so there’s THAT commentary.

Brink‘s opening cinematic and menus are of reasonable visual quality, but the in-game environments are fuzzy and uninteresting. There’s a level that takes place in an abandoned aquarium that reminded me of graphics from the frickin’ Dreamcast. Everything is so fuzzy that the game coalesces into what looks like snot that’s been dunked into Easter egg coloring kits.